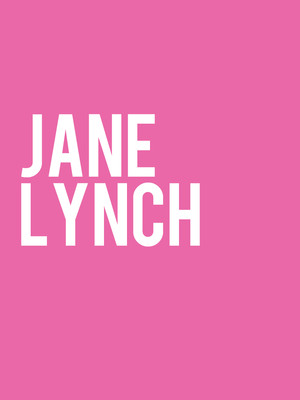 An adventurous singing comedian with an ear for esoteric cultural goodies.

From humble beginnings at Chicago's world-famous Steppenwolf Theatre to the caustic, dry wit of Sue Sylvester on Glee, the multi-award winning Jane Lynch has become an icon of stage (with her 2013 debut as Miss Hannigan on Broadway) and screen, stealing every scene of every movie she's ever been in, (from 40 Year Old Virgin to Wreck it Ralph.)

Now she brings her stellar routine to stages across America, joined by fellow funny woman Kate Flannery for a hilarious new show, Two Lost Souls! Blending comedy, cabaret, musical theatre and more for an unforgettable evening that will have you rolling in the aisles!

Approximately one hour and 45 minutes with one intermission.

Sound good to you? Share this page on social media and let your friends know about Jane Lynch at Virginia G Piper Theater.