Cast Announced For The Color Purple

Heading out on tour this October

The stand-out Broadway hit of 2016 The Color Purple heads out on tour this October! Based on the acclaimed novel by Alice Walker, The Color Purple took home the Tony Award for Best Revival of a Musical at the 2016 awards.

Leading the cast will be Mariah Lyttle as Celie, Sandi Lee as Shug Avery, Chedra Arielle as Sofia, Andrew Malone as Mister, Milika Cheree as Nettie and Brandon A. Wright as Harpo.

The Color Purple features a book by Marsha Norman with music by Brenda Russell, Allee Willis and Stephen Bray.

What is The Color Purple about?

Set in the early 1900s, The Color Purple centers on the life of Celie, a young black girl living in rural Georgia. Her father Alphonso is abusive, and has fathered two children by his daughter, both of whom he has 'got rid of'. Celie is then married off to the unloving 'Mister', a local farmer, who treats her as nothing more than a household slave. In the midst of all this hardship comes Shug Avery, a local lounge singer with none too saintly a reputation, who befriends Celie and gives her the belief to battle against the odds, and change her life for the better. 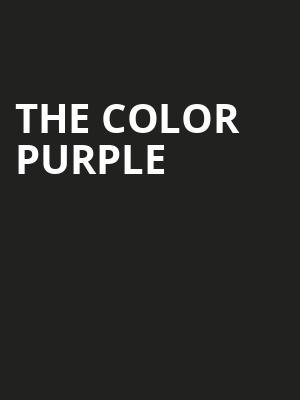 The Color Purple has been born again... The current version is a slim, fleet-footed beauty, simply attired and beguilingly modest. Don't be deceived, though, by its air of humility. There's a deep wealth of power within its restraint.